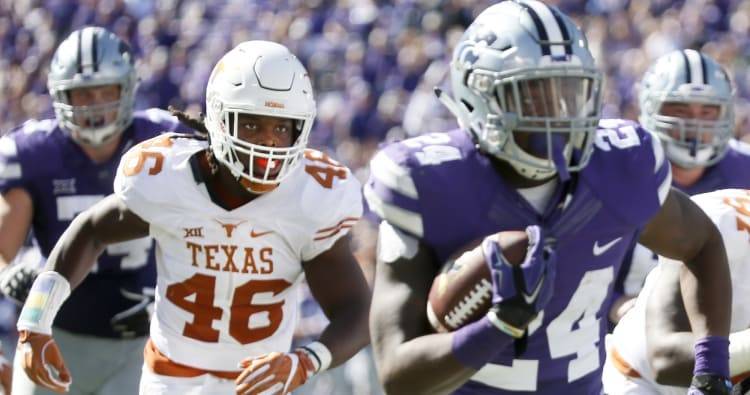 Texas may be its own state, but it’s one that’s been run by the Kansas State Wildcats as of late.

Dating back to last season, K-State has won six consecutive games over teams from Texas, notching victories over Texas Tech, Texas, Baylor, TCU and Texas A&M in 2016, while coming off of a 33-20 win over the Bears in Waco last week.

Until proven otherwise, the Wildcats can boast their year-and-a-half long dominance over the Lone Star State, and former Kansas State linebacker Elijah Lee isn’t shy on the trash talk ahead of today’s showdown with the Longhorns.

Now a rookie with the San Francisco 49ers, Lee played a significant role in Kansas State’s 24-21 win over Texas last season, notching 7 tackles; 6 of which were solo efforts. This time around, though, Lee isn’t suiting up for The Purple Wizard as his Wildcats are on the road in Austin as part of a series where the home team has won the last five meetings.

The Longhorns are currently 5.5-point favorites over the Wildcats. Texas and Kansas State will kick off at 6:00 p.m. CT on FS1.