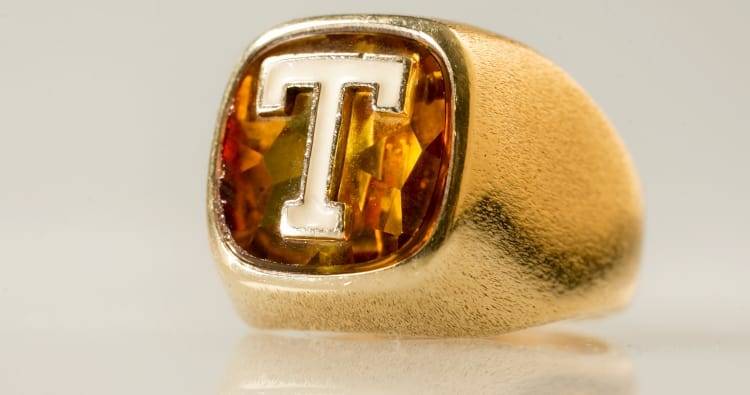 Ricky Williams and Cory Redding had been waiting for Saturday for a long time.

Not for the game between Texas and Kansas State, necessarily, but for a priceless memento they received prior to the game from Longhorns athletic director Mike Perrin.

Perrin surprised the Texas football legends on the set of Longhorn Network’s pregame show Texas Gameday, presenting Williams and Redding with their T-Rings. The air suddenly got a little dusty.

To earn a T-Ring, a UT athlete must letter for two years in his or her sport and earn a degree. The idea was conceived by legendary Longhorns coach Darrell K. Royal.

Williams and Redding both left UT for the NFL without graduating, but came back to Austin to get their degrees. In May, the 36-year-old Redding said the T-Ring was his main motivation for doing so.