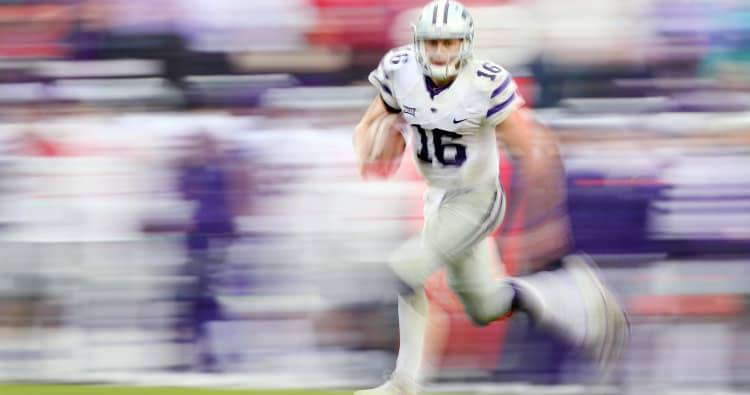 Last year Zuber became the first freshman to catch a touchdown in a Kansas State season opener since 1997. Zuber’s 24 receptions ranked fourth among the Wildcats in 2016 but he has emerged as the team’s top target this season. He’s accounted for 17 of the team’s 44 receptions; no other Wildcat has more than six catches. The 6-foot, 182-pound sophomore has scored against Central Arkansas and Baylor and is averaging 12.2 yards per catch.

Walker was joined by Kansas State defensive back D.J. Reed on the Big 12’s preseason team’s defense, but he hasn’t yet lived up to that billing. Through four games he has seven tackles and a quarterback hurry. Walker, who checks in at 6-2 and 242 pounds, has blocked a kick, which should make a few fans shudder in Austin. Last year he had 6.5 sacks and was the conference’s defensive freshman of the year.

The post The Eyes of Texas: 3 Wildcats the Horns will be watching appeared first on Hook ‘Em.