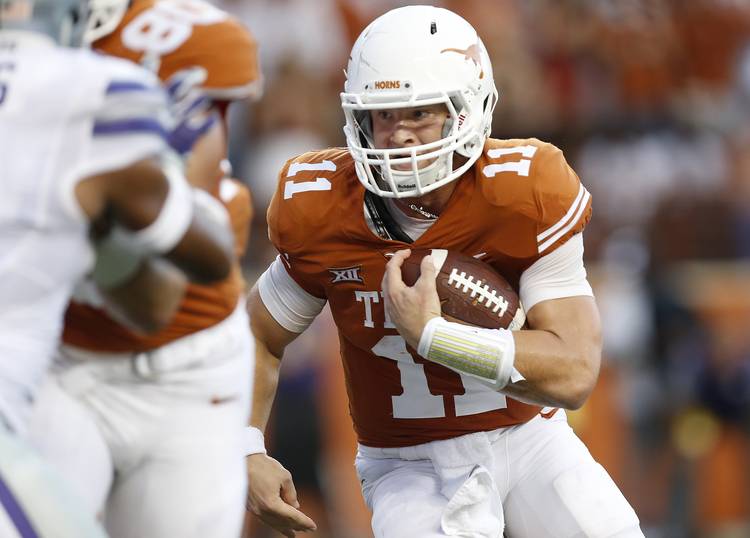 Texas quarterback Sam Ehlinger (11) fails to make the end zone causing the ball to turnover on downs in the first half of a Big 12 Conference football game at Royal-Memorial Stadium, Saturday, Oct. 7, 2017. (Stephen Spillman / for American-Statesman)

After a sluggish start, the Texas offense found its footing during the second quarter Saturday against Kansas State.

Freshman quarterback Sam Ehlinger found running back Chris Warren III wide open for a 33-yard touchdown pass that cut the Wildcats lead to 17-14 with 3:25 remaining in the first half.

Touchdown Texas. Ehlinger with a throwback to Chris Warren III, who takes a catch and goes 33 yards for the score. Well designed play.

Tim Beck’s best call of the season. A 33-yard throwback TD pass to Chris Warren. So, you see they were saving CW III.

It’s halftime, and Sam Ehlinger, Texas have rallied for a 21-17 lead