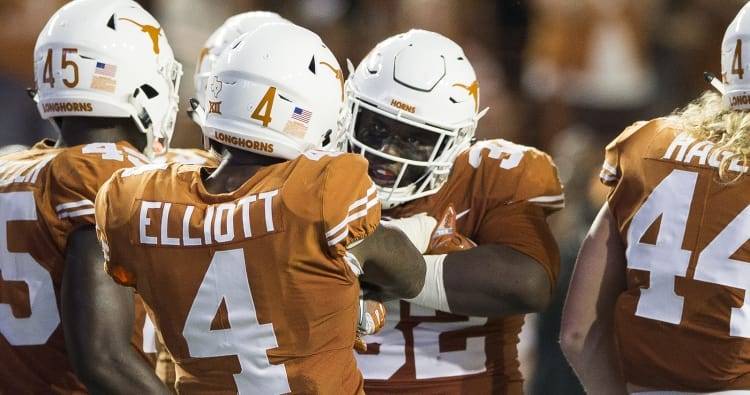 When it mattered most, DeShon Elliott showed up yet again for Texas in 2017.

The Longhorns safety made his fifth interception of the season late in the fourth quarter against Kansas State, picking off Wildcats quarterback Jesse Ertz on a third down with 41 seconds left.

The pick set up Texas with a chance at a game-winning drive, but kicker Joshua Rowland missed a 45-yard attempt as time expired to send the game into overtime tied 27-27.

It’s halftime, and Sam Ehlinger, Texas have rallied for a 21-17 lead