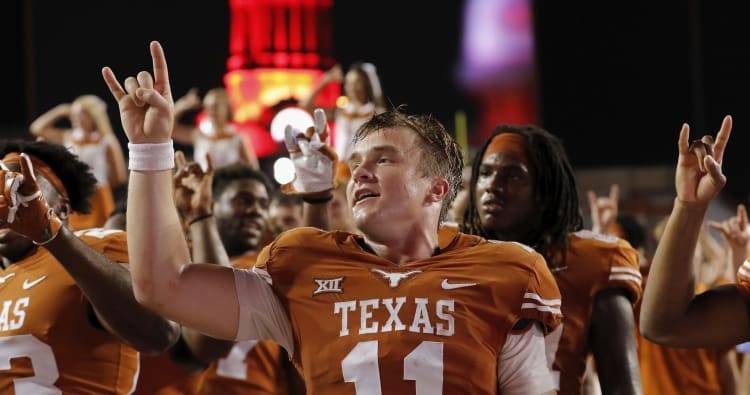 Welcome to Big 12 DieHards’ Week 6 Newcomer of the Week. There were a number of exciting performances across the Big 12 from newcomers, but one stood apart.

It’s probably about time we get used to seeing this special freshman on this list. After posting an incredible game in his first appearance against No. 4 USC, he had another mammoth performance against Kansas State.

Ehlinger threw an interception on the first play of the game. Texas promptly went down 10-0 against one of the most consistent teams in college football. But even though Texas had lost seven of nine against Kansas State, Ehlinger didn’t lose his head.

Texas really should have won in regulation. Ehlinger led drives of 73 and 39 yards that both ended with missed field goals. But in overtime, Ehlinger set up two quick touchdown drives to give Texas the game.

He finished with 380 yards passing, 2 passing scores and 107 yards on the ground. Tom Herman is going to have a hard time benching him once Shane Buechele gets healthy.