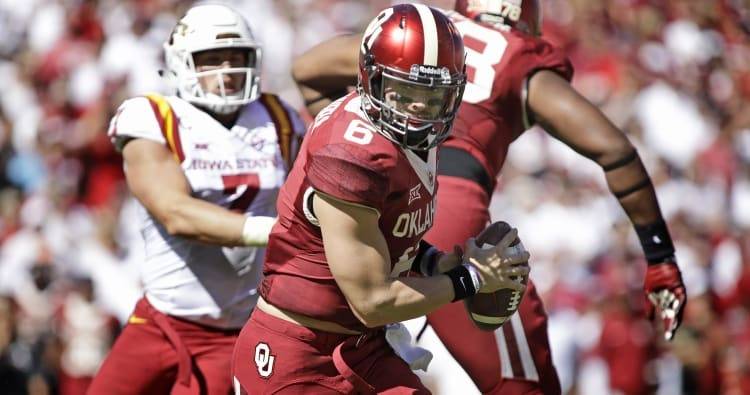 He poked some fun at Texas quarterback Sam Ehlinger, a fellow Austin native, with some old high school rivalry smack.

What does Baker Mayfield know about Sam Ehlinger?
“He went to Westlake and he’s never beaten Lake Travis”

Baker Mayfield on what he knows about Sam Ehlinger: “He went to Westlake and he’s never beaten Lake Travis.” #Sooners

To make matters more combative, Ehlinger took his team all the way to the state finals as a junior, but lost. Mayfield won a state title as a junior.

While the two never played against each other in high school, there’s a strong chance they will in college. Ehlinger is could be the Longhorns’ starter going forward after leading them to an overtime victory against Kansas State last Saturday. Ehlinger seems to have all the freshman jitters out of the way, and is looking solid.

Mayfield will lead the Sooners in an attempt to bounce back from last weekend’s crushing loss to Iowa State. It’s undoubtedly one of the worst losses in recent Oklahoma history, and one that the Sooners are going to be fired up to get past.

The post Baker Mayfield doesn’t know much about Texas QB Sam Ehlinger, except his losses appeared first on Hook ‘Em.