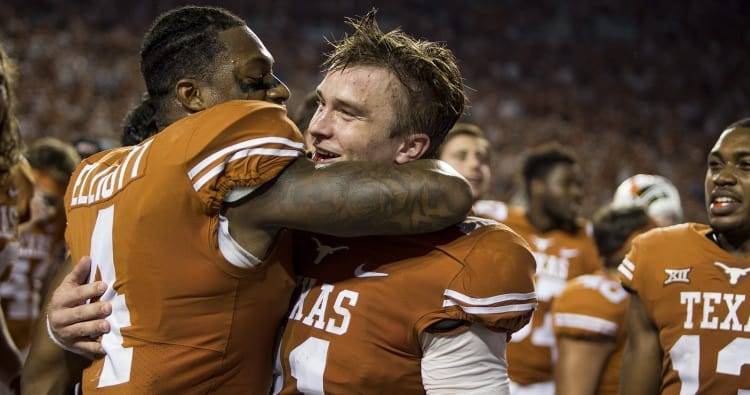 The Texas offensive line didn’t give up a single sack against Kansas State. Sam Ehlinger thinks that a stat that big calls for donuts for the big guys up front.

I see you @sehlinger3! Showing love to the OLine for no sacks last weekend! @TexasFootball fam #OLP pic.twitter.com/kRBeNKLt1O

It takes a lot of donuts to feed that many massive, hungry men, but that looks like enough.

The Texas offensive line was rewarded for their protection of Ehlinger with a double overtime win. Ehlinger personally accounted for a gaudy 497 total yards of offense, 380 through the air and 107 on the ground.

The next step for the Longhorns is hated rival Oklahoma, where they’ll see the Sooners’ best shot. Oklahoma just lost to a team they should’ve beaten in Iowa State, and will be looking to get back on track. Anything can happen in the Red River Shootout, the last three meetings between Texas and Oklahoma have come down to a one score or less game. The Longhorns will have to play excellently, but a win is not outside of reach here.

The post Sam Ehlinger gets donuts for his offensive line to reward stalwart play appeared first on Hook ‘Em.

Baker Mayfield doesn’t know much about Texas QB Sam Ehlinger, except his losses