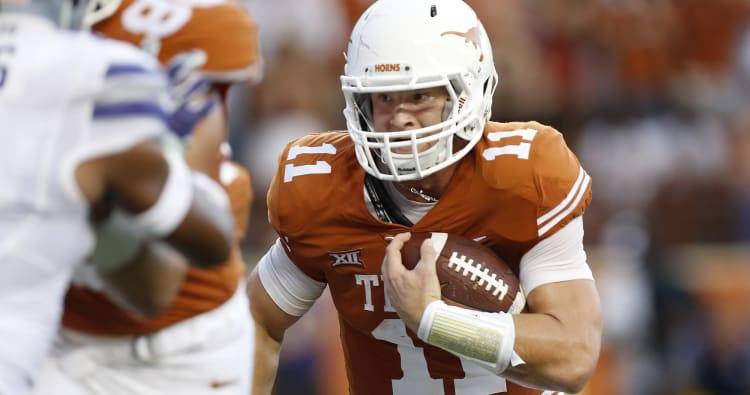 Texas freshman Sam Ehlinger is raking in the honors after his performance in a 40-34 double overtime win over Kansas State.

On Tuesday, it was announced that Ehlinger had been named the Earl Campbell Tyler Rose Award player of the week. The Westlake product threw for 380 yards and rushed for 107 more to help the Longhorns improve to 2-0 in Big 12 play.

The Tyler Rose Award recognizes the top offensive player in Division I football who was born in Texas and/or graduated for a Texas high school and/or played at a Texas-based junior college or four-year Division I Texas college.

If things go according to plan for Ehlinger, this will be the first of many such honors for the Austin native.