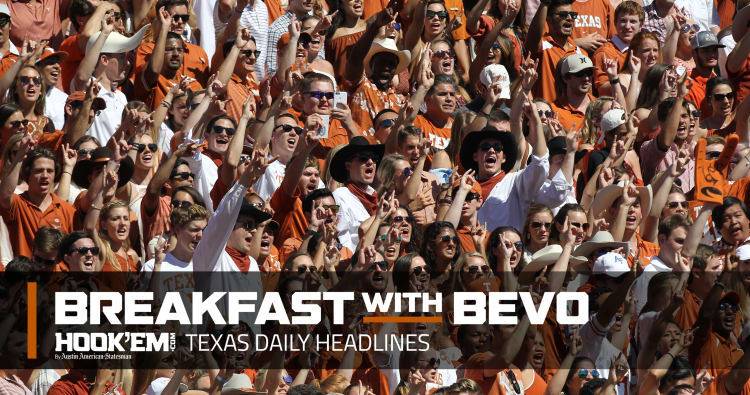 Oklahoma’s Baker Mayfield may have started it with a comment on Monday, but you knew Westlake and Lake Travis fans were going to get into it this week. Not only is Mayfield (Lake Travis) facing Sam Ehlinger (Westlake) at the Cotton Bowl, but their alma maters are facing each other on Friday. Beat writer Brian Davis focuses his weekly column, Eyes on Texas, on the Austin-area rivalry making an appearance in Dallas.

The Big 12, and Texas, no longer facing Bob Stoops

Austin American-Statesman columnist Kirk Bohls takes a look at what life will be like in the Big 12 minus the former dean of the league. Stoops says he won’t coach again, leaving a bit of a void and depriving college football of a Tom Herman-Stoops war. The former head coach isn’t even sure if he’ll attend Saturday’s game or watch it from the couch. Bohls describes the coach as irreplaceable, edgy and the best coach in Big 12 history.

He hasn’t played a minute for Texas, but UT freshman Mohamed Bamba is expected to do big things. The Harlem, N.Y. native was named the Big 12 Preseason Freshman of the Year and is also an honorable mention selection for the All-Big 12 team.

The Texas Longhorns volleyball team took control of the Big 12 with a five-set thriller in Lawrence, Kan. on Wednesday. They remain the only undefeated team in the conference after handing Kansas its first loss. Friday’s notebook also covers Texas baseball players doing their homework and previews the cross country team’s meet.

The post An Austin-area rivalry is about to show up at the Red River Showdown appeared first on Hook ‘Em.