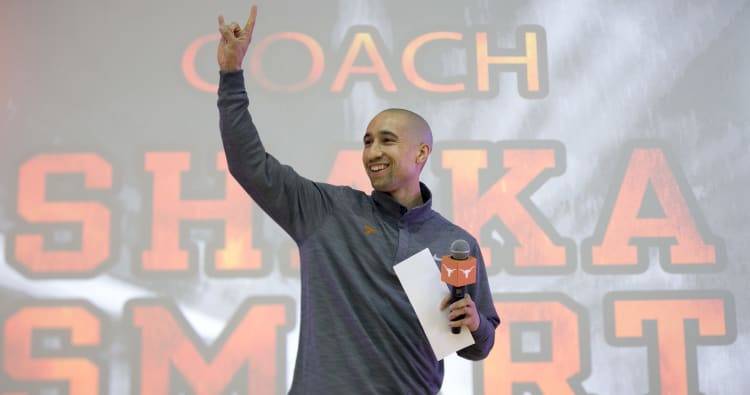 DALLAS — Texas men’s Athletic Director Mike Perrin believes the Longhorns have nothing to worry about as a major college basketball recruiting scandal starts to unfold.

“No. I have no reason to believe that,” Perrin said Friday during a meeting with reporters. “Nobody has contacted me about that. I’ve inquired internally of our staff and have no concerns at all.”

Federal agents arrested 10 people, including four college basketball coaches and an Adidas representative, in late September as part of a bribery investigation. Coaches from Oklahoma State, Auburn, Arizona and USC are alleged to have accepted money to steer recruits to certain agents or shoe companies.

One of the players implicated in the scandal was Brian Bowen, a small forward from La Lumiere in Indiana, the same private school that produced UT sophomore James Banks. The Longhorns were in contention for Bowen’s services, although it was viewed as a long shot last May. Out of nowhere, Bowen switched to Louisville.

The FBI alleges that $100,000 was funneled to Bowen’s family. Once the arrests began, Louisville coach Rick Pitino and athletic director Tom Jurich were removed from their positions.

“The indictments or whatever they were issued by the U.S. Attorney’s office were eye-opening,” Perrin said. “People have asked me why hasn’t the NCAA done something. Certainly, a federal law enforcement agency has resources that the NCAA doesn’t — subpoena power, power to obtain documents and put people under oath. It’s obviously a very serious situation.”

The Longhorns finished 10th in the Big 12 last season, a difficult campaign that Perrin said was hard on Smart. But the athletic director looks at the revamped roster and expects a big turnaround.

Five-star center Mo Bamba from New York is the centerpiece of a recruiting class ranked sixth nationally by 247Sports. Bamba is prominently featured in UT’s season-ticket marketing material, an indication of his star power.

“I expect a greatly enhanced level of play by our basketball team with the new players, the returning players and then when you factor in (point guard) Matt Coleman, in particular, I’m so impressed,” Perrin said. “What I’ve seen on video and YouTube, he’s a special talent.”

If Texas can’t rebound on the basketball court, that could make fundraising difficult for a new arena that needs to be built. The Erwin Center must be demolished to make way for Dell Medical School expansion.

Perrin said the first shovel is still two years away from going into the ground. A new arena could cost anywhere from $300 to $450 million, Perrin said. A new basketball arena will come before a south end zone expansion at Royal-Memorial Stadium.

“I think it’s vital. Not trivial at all,” Perrin said. “I believe we need to be a basketball school, and it’s my firm belief that Shaka is the man who can get us there on the men’s side and I’m delighted with Karen (Aston) on the women’s side.”

Perrin is bullish on the prospects of the UT baseball program under second-year coach David Pierce. As for the expansion wishes of football coach Tom Herman, Perrin said jokingly, “I’m afraid to ask.”

Also, Perrin said he’s had no talks with UT President Gregory F. Fenves about staying beyond his current contract expiration date of Aug. 31, 2018.

The post Mike Perrin: Longhorns have ‘no reason’ to worry about college basketball recruiting scandal appeared first on Hook ‘Em.