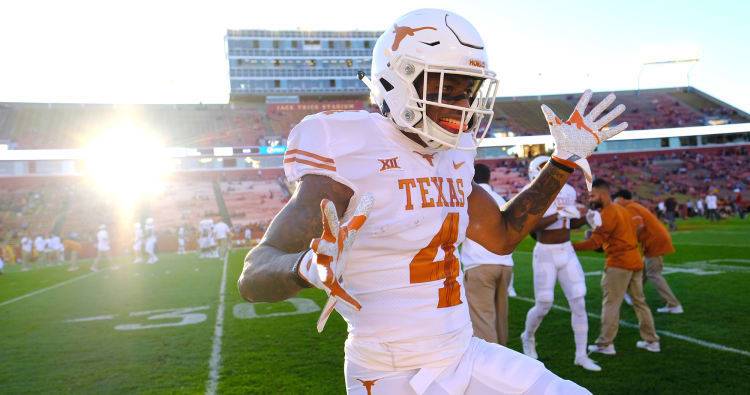 Here are five key matchups in the Texas-Oklahoma game to keep your eye on Saturday:

One of Mayfield’s best attributes is his ability to throw home run balls. But that same propensity to go for the big play also can backfire, like last week in the Sooners’ loss to Iowa State. Multiple times against the Cyclones, Mayfield bypassed open receivers running shorter routes because he wanted a big bang. That could make for a big day for Elliott, who has five interceptions in the last three games mostly by playing center field. Mayfield will want to have a big, big day and may take unnecessary risks.

Assuming Sam Ehlinger gets the start, this will be the second straight year that Texas will start a true freshman quarterback in this game. Shane Buechele had some ups and downs in his first Red River Rivalry game last year. This time around, Ehlinger will be the one testing the Sooners. His best attribute is his running ability. He’s waiting to see if defensive ends will crash down on the running backs, thereby leaving the edge exposed. In just three games played, Ehlinger is already UT’s second-leading rusher with 165 yards. Ward and his outside linebacker buddies must stay home.

In a bit of damning introspection, OU linebacker Ogbonnia Okoronkwo said the Sooners had gotten lazy in last week’s loss to Iowa State. “I just know what we need to do better,” he said. Okoronkwo has a team-high five sacks and nine tackles for loss. He’s defensive coordinator Mike Stoops’ top disruptor. But Texas’ offensive line is playing with real confidence. Last week Denzel Okafor looked like a changed man against Kansas State. And Derek Kerstetter is getting better game by game.

OU’s receivers vs. the Texas secondary

It was unclear which wide receiver would step up once Dede Westbrook left for the NFL. Turns out, a bunch of Sooners have. Ten different players have at least one touchdown catch this season, already one more than all of 2016. Mayfield and head coach Lincoln Riley have a combined 26-5 record. Since the start of 2015, OU ranks first nationally in pass efficiency rating (185.7). But this season, nobody’s throwing at UT’s Holton Hill. Elliott is grabbing all the poorly thrown balls. The Horns have been exposed at times, something they must tighten up.

Kickers sure are an odd bunch. Take the curious case of Joshua Rowland. Longhorns coach Tom Herman swears by the junior college transfer. He even made 15 of 15 field goal tries in Sunday’s practice, Herman said this week. But when it comes to games, it’s been a completely different story. Rowland is 4 of 9 and missed a potential game winner in regulation against Kansas State. Facing Oklahoma’s revved-up fanbase in the Cotton Bowl’s south end zone won’t be easy. This is nothing more than a mental game for Rowland. Tight Big 12 games always come down to special teams. Rowland must deliver.

Mike Perrin: Longhorns have ‘no reason’ to worry about college basketball recruiting scandal