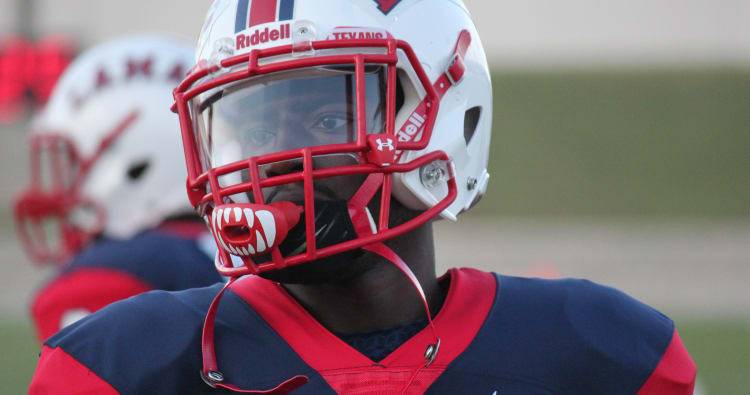 Jamison, from Houston Lamar High School, joins fellow 4-star Jalen Green of Houston Heights as the cornerback commits in Texas’ 2018 recruiting class that ranks second in the nation and first in the Big 12. Jamison ranks as the No. 17 on the Fabulous 55 and will offer the Longhorns a variety of skills.

Skill set: Jamison proved doubters wrong throughout the offseason with MVP level performances at elite camps throughout the spring and the summer. Jamison’s knock is his height and it does limit him on the outside against bigger receivers. However, it doesn’t make him an ineffective defensive back if used properly.

Jamison is an ideal fit for a Big 12 defense because of his ability to play coverage against running backs, tight ends and slot receivers. He’s also physical enough to remain on the field in run situations. Texas plays with five defensive backs on the field a lot under defensive coordinator Todd Orlando and that is the role Jamison hopes to play when P.J. Locke III is gone.

Immediate impact: It’s unlikely that Jamison pushes Locke III out of the starting lineup in his true freshman season. Jamison is a talented player with more upside, but Locke has the development and experience advantage. Jamison will be allowed to slowly learn the position and speed of the college game, and might get a redshirt season if there isn’t room for him to contribute right away on special teams.

His versatility might earn him playing time in 2018, specifically on third downs and on special teams. Jamison is a rare athlete who can return punts and kicks. He’ll need to be ready to play major minutes by the 2019 season so it might be in his best interest to get some playing time as a true freshman, even if most of the snaps come in lopsided affairs.

Fitting into the program: Jamison joins current Houston Lamar teammate Al’vonte Woodard in Texas’ 2018 class. Once on campus, Jamison will reunite with former Houston Lamar teammate Holton Hill. Having Hill on the team, and in the secondary room, should be good for Jamison and the rest of the Houston-area secondary commits like Green and BJ Foster.

Recruiting at the position: The Longhorns would receive an A+ at the cornerback position in the 2018 class if Herman’s staff can reel in one more Houston Lamar product by national signing day. The last piece to an incredible secondary puzzle is 5-star cornerback Anthony Cook. With Woodard and Jamison in the fold, Texas is in good position heading into Cook’s decision, which is set for Oct. 28. Ohio State is the top competition.