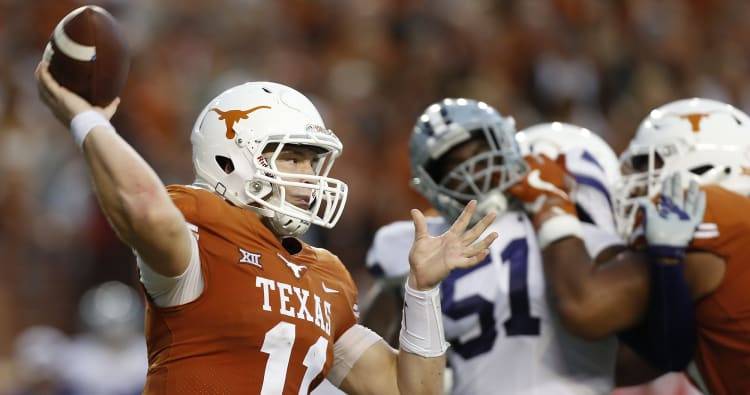 Texas announced that freshman Sam Ehlinger will start at quarterback for the Longhorns against Oklahoma in the lead-up to the Red River Rivalry on Saturday at the Cotton Bowl.

Texas QB Sam Ehlinger is now the confirmed starter vs. OU, per UT.

The start will be the fourth of Ehlinger’s career, and he becomes only the third true freshman to start for Texas in the rivalry following Bobby Layne (1944) and Shane Buechele (2016).

Buechele sat out last week while nursing an ankle injury. The sophomore last started in the Longhorns’ win over Iowa State on Sept. 28.

Last week, Ehlinger threw for 380 yards and ran for 107 more to help lead Texas to a double overtime victory over Kansas State.

Texas and Oklahoma kick off at 2:30 p.m. at the Cotton Bowl.