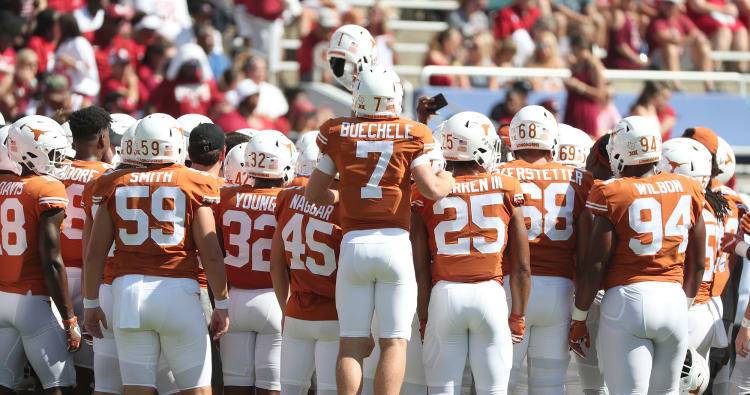 You can almost smell the corny dogs. Texas and Oklahoma at the Cotton Bowl is one of the games college football fans look forward to every season.

Take a look at what fans are experiencing in and around the Cotton Bowl, and check back throughout the game as we continue to update this page with fresh posts.

Unfortunately I had to miss this game last year bc of my mother passing. Back here ready to get back to work. #HookEm #redrivershowdown 🤘🏻🐂🏈 pic.twitter.com/e4qNb81Rrj

At the greatest game in cfb. Let's win 3 of 5. #Hookem pic.twitter.com/Nw16Fiiihv

Sam Ehlinger confirmed as starting QB for Texas against Oklahoma