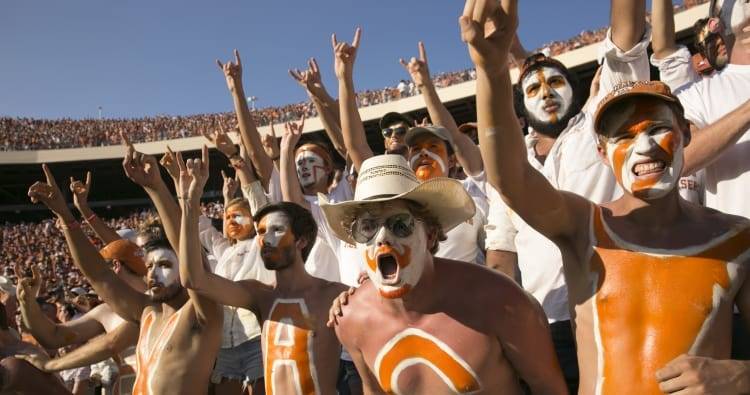 Hookem.com asked Longhorns fans to “Sound Off” on our Facebook page after a comeback attempt fell just short in a 29-24 loss to Oklahoma on Saturday.

As you can imagine, we got plenty of responses from informed and passionate fans were heartbroken to see their team come up short against a rival. Here’s a sample of some popular. They have been edited for space and clarity.

RELATED: What Tom Herman said after Texas came up short against Oklahoma 29-24

Dawn Tunnell: I am proud of the Horns and I would take our team and our quarterback over OU and Mayfield any day! I would take our fans too! Oklahoma fans were classless as usual! Booing when someone is hurt.

Ron Thomas: Sam getting hurt and that sack on Buechele really hurt our efforts at the end. Doesn’t mean we would have won but would have liked to see Sam (Ehlinger) during those possessions. Anyway, I didn’t expect us to win and refrained from trash talking but I wanted to see how much “FIGHT” we would have and they showed that they may be the dominant team in the near future!

Brian Furgerson: Two plays that cost UT the game: Devin Duvernay wide open for a TD; Sam Ehlinger leads him out of bounds. Texas doesn’t score on that drive. Brandon Jones lets Mark Andrews go uncovered down the sideline for an easy TD.

Vince Martinez: Well, 17-0 with bad tacking, bad coverage, and getting gashed up front, and allowing 340-plus yards in the first half was disastrous. But UT didn’t stop fighting, that was the upside, but the defense allowed too many points for the offense to try to overcome. Gotta get a kicker!

Ruben Martinez: Of course we would have loved a win but remember we were down 17-0. We were even up for a little while. We have a freshmen quarterback that is getting better with each game behind a beat up, inexperienced line. The defense is pretty solid but tired out being on the field so long. You guys gotta understand how important an offensive line is. And we are not doing too bad with what we have.

The post Texas fans ‘Sound Off’ after Longhorns couldn’t quite come back against Oklahoma appeared first on Hook ‘Em.