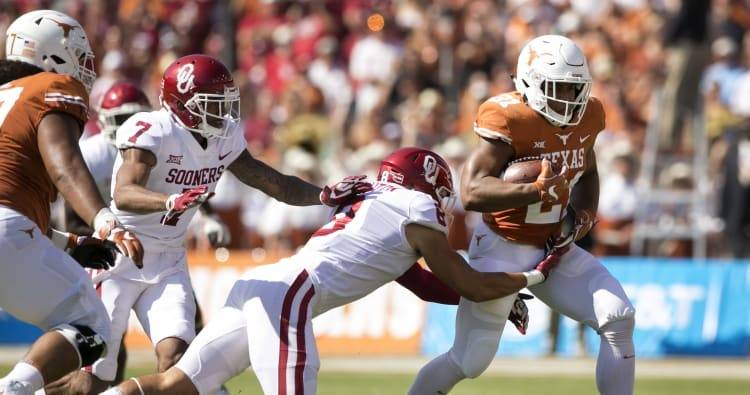 Texas won’t be shut out at the Cotton Bowl.

Running back Kyle Porter finally gave the Longhorns some life with a 16-yard touchdown reception from quarterback Sam Ehlinger late in the second quarter against Oklahoma.

Ehlinger avoided the Sooners pass rush and found Porter wide open to cut the OU lead to 20-7 with 3:14 left until halftime.

Terrific execution by Ehlinger and his OL here on the screen. Makes the TD an easy one for Kyle Porter. pic.twitter.com/TOACYYHOCv

It’s halftime; will there be a Red River Comeback for Texas, trailing 20-10?