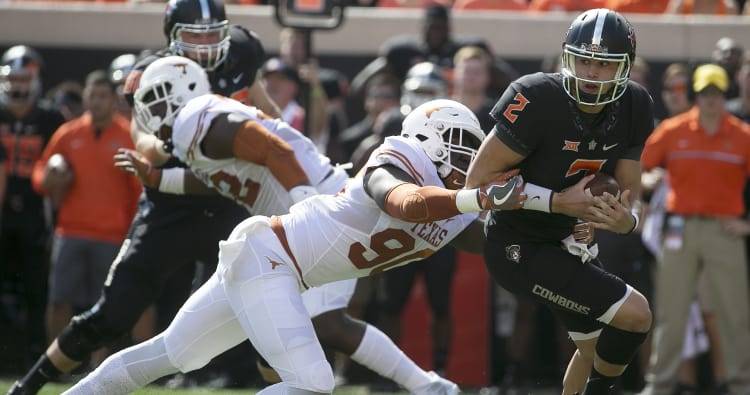 Texas and Oklahoma State’s annual orange-clad battle will kick off in the morning.

Texas announced on Sunday that it will host Oklahoma State at 11 a.m. on Oct. 21. The game will be televised by ABC.

Texas is 3-3 this season, but the Longhorns are 0-2 against teams ranked in the Associated Press’ football poll. Oklahoma State (5-1) was ranked 14th last week.

Oklahoma State has won two straight games against Texas. UT, though, holds a 24-7 edge in the all-time series.

Baker Mayfield gives props to Sam Ehlinger: ‘Just how we Austin boys do it’