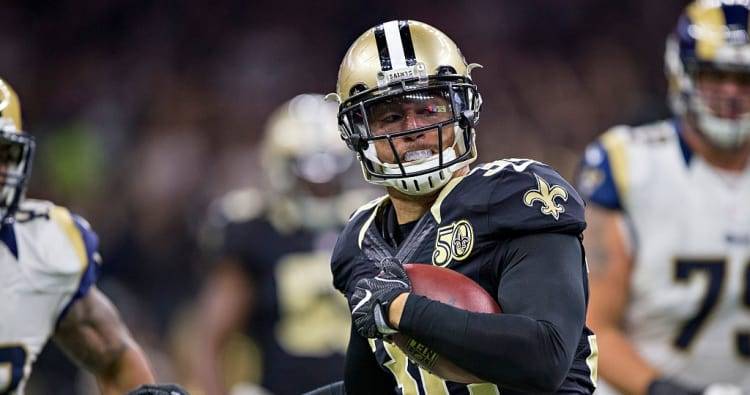 A little burnt orange reunion broke out in a New Orleans end zone on Sunday.

Former Texas defenders Alex Okafor and Kenny Vaccaro are now teammates on the New Orleans Saints. They combined to score a defensive touchdown against the Detroit Lions.

Okafor, lined up at defensive end, stripped Lions quarterback Matt Stafford in the end zone. Vaccaro, blitzing from his safety spot, pounced on the ball for a score.

.@aokafor57 and @kennyvaccaro4 want you to stand up and get crunk.

Okafor and Vaccaro were members of the same 2013 draft class coming out of Texas. Vaccaro was the No. 15 pick in the draft, while Okafor went in the fourth round.

This is their first year reunited as teammates. It’s already paying dividends for the Saints.

Baker Mayfield gives props to Sam Ehlinger: ‘Just how we Austin boys do it’