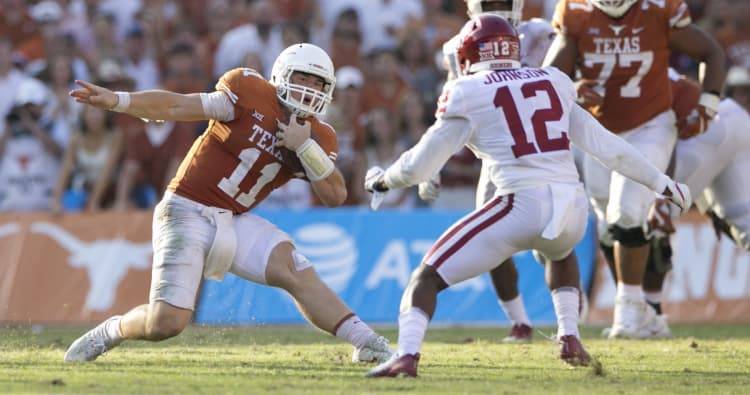 Oklahoma State head coach Mike Gundy is very impressed with what he’s seen from the Texas Longhorns this season.

The Longhorns and Cowboys will square off on Saturday. Gundy previewed the matchup in his weekly press conference on Monday, and gave Texas plenty of praise.

“We need a great week of preparation for Texas,” he said. “They are, in my opinion at least, the most athletic team from top to bottom in this league.”

Gundy noted several changes in the program since the Tom Herman era began.

“Scheme-wise, there is a considerable difference in that they want to be able to run the quarterback,” Gundy said. “Defensively, there are a few more different looks than what you would have seen in the past.”

Sam Ehlinger ran for 106 yards and a touchdown against Oklahoma Saturday. The freshman showed off his toughness and showed that he’s a true duel-threat in the backfield. Gundy and the Cowboys will have a tough time corralling him if he gets loose on Saturday.

“Punt and kick coverage will be very important in this game with the skill that Texas has on the back end,” Gundy said. “Those kids make some plays on the back end of special teams.”

Texas and Oklahoma State will kickoff at 11 a.m. CT in Austin.

At 3-3, Texas football appears to be definition of average