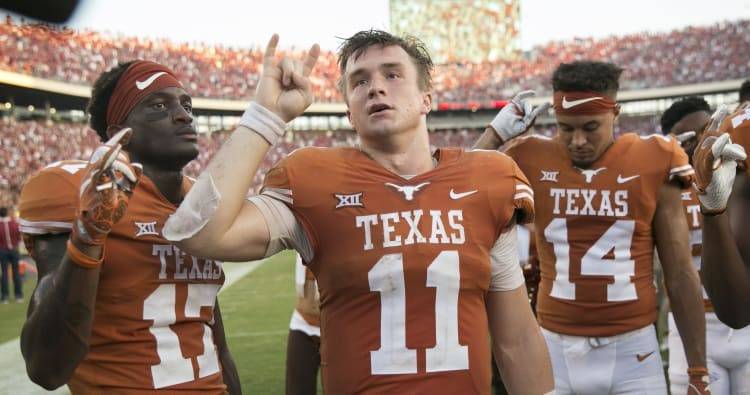 This year’s Red River Showdown delivered plenty of drama and plenty of viewers for ESPN.

According to ESPN, Texas’ back-and-forth game against Oklahoma was the highest-rated afternoon game of the year for the network with a 2.4 overnight Nielsen rating. It was the third-highest rated game of the day for ESPN behind Michigan’s 27-20 overtime win at Indiana (2.9) and Miami’s 25-24 comeback victory over Georgia Tech.

Comebacks make for great television, and the Red River Showdown gave viewers just that. After falling behind 17-0, the Longhorns went on a 23-6 run to take the lead with 8:01 remaining in the game.

Oklahoma then answered with a comeback of its own. Baker Mayfield hit Mark Andrew for the 59-yard game-winning score with 6:53 remaining. But the excitement went until the final whistle.

The Longhorns began their final drive at their own 4-yard line with 42 seconds remaining in the game. They drove to their 42-yard line. Sam Ehlinger then appeared to have hit receiver Lil’Jordan Humphrey for a huge gain to put Texas in range for one final shot at the end zone, but it was ruled incomplete after review.

Oklahoma eventually got the stop after a series of laterals on the final play of the game to seal the victory. With all that excitement from start to finish, it’s no wonder the game was one of the most-viewed of the season.