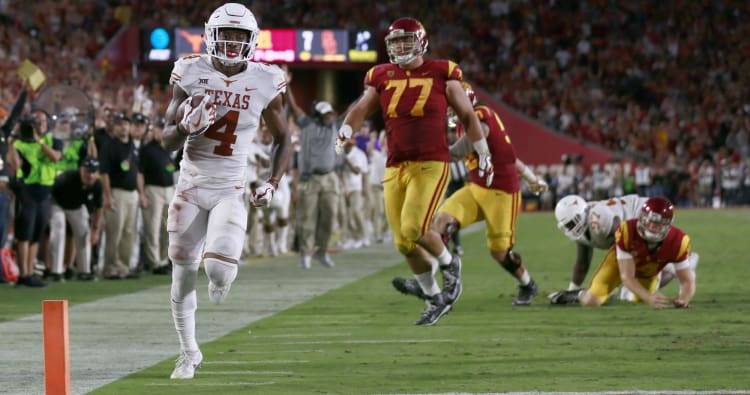 The Rockwall product has been an absolute ballhawk for the Horns thus far. His five interceptions are tied for the most in the nation, along with Utah State’s Jalen Davis, Boston College’s Lukas Denis and Stanford’s Justin Reid.

Elliott recorded his first interception of the season against Sam Darnold and USC, returning a pick-six 38 yards for what became the Longhorns first score against the Trojans. Elliott finished that game with two interceptions and followed that performance up with yet another multiple-interception effort against Iowa State.

Elliott’s 30 tackles this season mark the fifth-most for a much-improved Texas defense, and he ranks third on the team with 3.5 tackles for loss. Elliott has defended three passes, as well.

The Sporting News honor becomes the latest on a lengthy list of praise pointed in Elliott’s direction this season, as he’s been named the Big 12 Defensive Player of the Week twice following his aforementioned performances against USC and Iowa State.