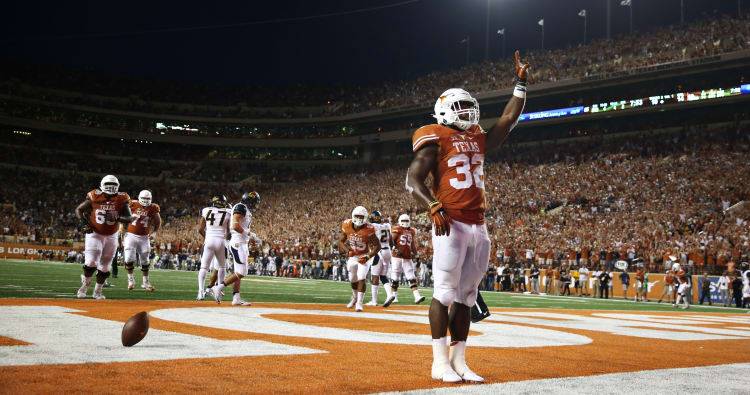 Two Longhorns, one of the most prolific high school running backs ever along with one of the toughest, are both going into the Texas High School Football Hall of Fame.

Running back Johnathan Gray and defensive end Tommy Jeter were both selected as part of the Class of 2018 by a statewide committee made up of sportswriters, high school coaches and members of the Hall of Fame trustees.

Gray played for the Longhorns from 2012-15 after leading Aledo to three state titles. He rushed for 10,889 yards, falling just 343 shy of breaking the state’s all-time record held by Kenneth Hall. Gray scored 205 touchdowns, including a record-setting eight in a 69-34 win over La Marque in 2010.

Jeter was a first-team all-state pick at Deer Park and a Parade All-American. He led Deer Park to back-to-back district titles and was considered the state’s top defensive line recruit.

Jeter was a four-year letterman from 1998-91. His final season, Jeter had 64 tackles, 11 tackles for loss, nine sacks and two forced fumbles.

Here’s a look at the complete Class of 2018 going into the Texas High School Football Hall of Fame:

The class is made up of

Bobby Cavazos (1950s and before – Kingsville)

Derek Kerstetter, a one-time OSU commit, continues to develop as a freshman starter