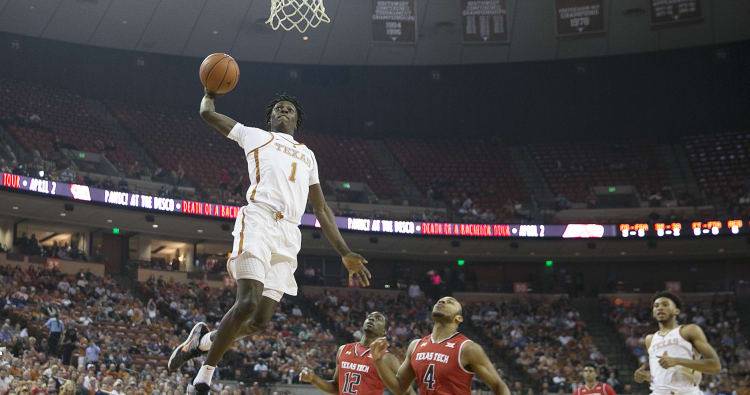 According to a national committee of college basketball personnel, the Texas men will enter the 2017-18 season with one of the top 20 shooting guards in the country.

Sophomore Andrew Jones was named to the Jerry West Award watch list released this week. The award is handed out annually to the top shooting guard in college basketball.

During his freshman season, Jones averaged 11.4 points, 3.9 rebounds and 3.5 assists while playing in all 33 games. He started 23 of those contests, and spent much of the season playing out of position at point guard.

Despite being a projected first-round NBA Draft pick by some, Jones opted to stay in Austin for his sophomore season. Now, with 4-star point guard Matt Coleman on board, Jones will likely shift to point guard.

The 6-foot-4 product of MacArthur High School in Irving, Texas has shown the ability to score in bunches. He reached double figures in scoring 22 times last season, including a career-high 18 points against No. 3-ranked Kansas on Feb. 25.

Jones also hit a dramatic buzzer-beating 3-pointer to down rival Oklahoma on Jan. 23.

Next five up? Five guys Texas wants to finish the 2018 recruiting class

The Whys of Texas: No, Texas doctors did not send an injured Sam Ehlinger back onto the field