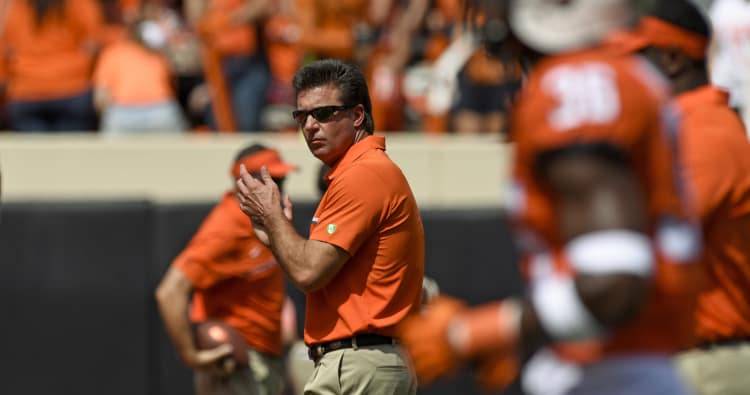 Get ready for an extended On Second Thought podcast this week.

Oklahoma State head coach Mike Gundy joins Episode 76 and give his thoughts on Saturday’s game at Texas, his recent shirtless display at a school  pep rally and a possibler coaching future in the NFL.

ESPN college football analyst/radio host Greg McElroy looks back on the night he quarterbacked Alabama to a national title win over Texas and gives his midseason choices for the College Football Playoff. He also examines the challenges facing Tom Herman at Texas.

Ced and Kirk also preview and predict the Texas-Oklahoma State winner as part of their weekly picks segment.

WATCH: Kerwin Roach dunks over his mom during tip-off event

The Week 8 guide to watching Texas commits in action