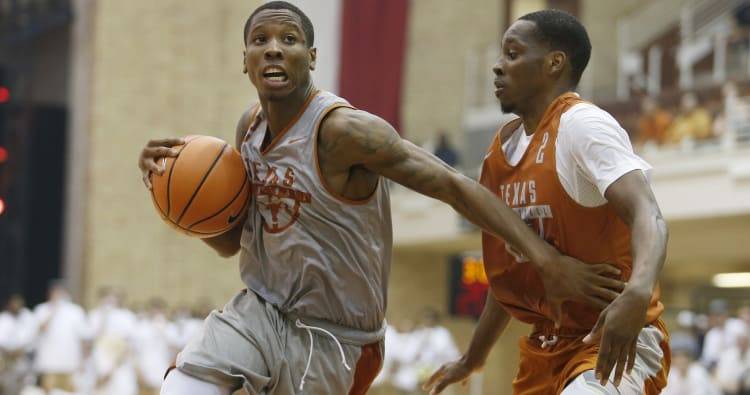 The Longhorns were picked to finish fourth in the league’s preseason coaches poll released Thursday.

No surprise that Kansas was picked to win its 14th consecutive league title. The Jayhawks received all nine possible first-place votes. Kansas coach Bill Self, who is not allowed to vote for his own team, picked West Virginia.

Kansas, West Virginia and TCU were picked 1-2-3 by the Big 12 coaches. It’s a solid jump for the Horned Frogs, which won the NIT last season with coach Jamie Dixon.

The Longhorns checked in fourth. That’s the impact a talented freshman class, led by center Mo Bamba and guard Matt Coleman, can have on the program’s perception.

“You can sense they have something to prove,” Bamba said after Wednesday’s Texas Tip-Off event. He was speaking about the team’s veterans like Kerwin Roach Jr., Eric Davis Jr. and Andrew Jones. But that applies to the program itself after finishing last in the Big 12 last season.

Note: First-place votes in parentheses. Ballots obtained from league coaches, who were not able to vote for their own team.

The Week 8 guide to watching Texas commits in action