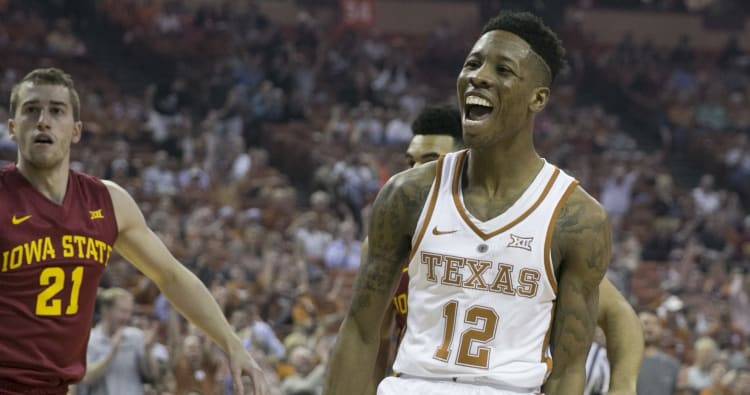 Yesterday, Kerwin Roach wowed thousands by dunking over his mother at Texas Tip-Off.

If you’re dunking over your mom, you better make it. #SCtop10 pic.twitter.com/3P6rWPXDtE

The junior jumped directly over his mother, and didn’t touch her at all.

That was a good thing, because according to Roach, he would’ve been grounded if he did.

It doesn’t matter if you’re in college, or if you can launch yourself into the air from the free-throw line for a savage dunk, your mom can always ground you.

Roach is a freak athlete, and Texas is hoping that his experience will help stabilize some of their young talent.

If he can, and that young talent emerges, the Longhorns will definitely improve on last season’s 11-22 final record, which is an underachievement for a team as talented as Texas. The Longhorns’ 4-14 record in conference netted them a last-place finish in the Big 12.

The Longhorns are young and talented, which will definitely win them a fair amount of games. However, to get back to where they want to be, they’ll need veteran leadership from guys like Roach.