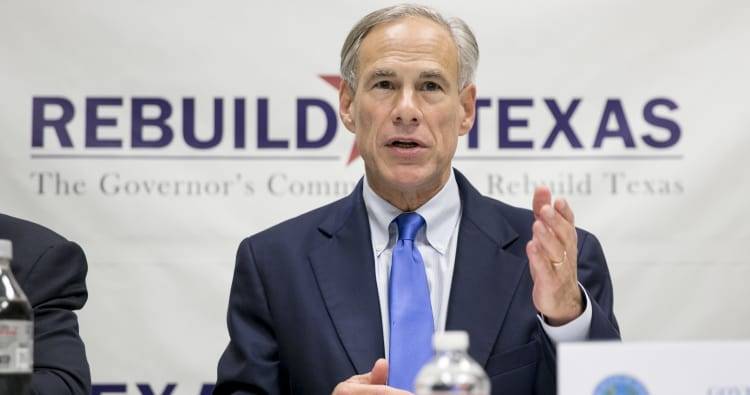 The state’s highest-ranking Longhorn was proud to announce a basketball partnership on Friday that brings together the state’s two flagship schools to help with Hurricane Harvey relief.

Gov. Greg Abbott’s office was involved in organizing an men’s basketball exhibition game between Texas and Texas A&M that will tipoff at 7 p.m. Wednesday in Rice’s Tudor Fieldhouse.

All proceeds will go to the Rebuild Texas Relief Fund, which has raised almost $80 million so far. Television and radio broadcasting plans for the games are still in the works and will be announced later, according to a joint press released issued by the schools.

“In the Lone Star State, there is nothing like a good sports rivalry to highlight our Texas pride,” Abbott said in a statement. “Throughout this recovery process, the athletic community has played a crucial role in providing assistance to victims of Harvey, and this game adds to those efforts.

“Just as Texans will always come together to support their team, they will always unite to help those in need, and I thank the University of Texas, Texas A&M University and Rice University for putting this event together,” the governor added.

“There is a storied athletics rivalry between UT and Texas A&M, which makes this game of solidarity and charity so powerful,” Fenves said in a statement. “Many of us are Longhorns. Many of us are Aggies. But we are all Texans, and the proceeds from this game will help our Longhorn and Aggie neighbors, friends and family rebuild in Houston and the Gulf Coast.”

Said Young, “We are happy that this matchup is on the books and for a good cause and look forward to a great game.”

“As a lifelong Houston resident, I understand the impact that Hurricane Harvey had on so many lives and the need for continued aid and donations to help rebuild,” Perrin said. “This is a time for all Texans to come together in support of the Houston community.”

One UT source said Rice officials should be praised for offering their facility on such short notice. There were no serious talks about holding this exhibition in a larger venue like Toyota Center, home of the Houston Rockets.

“Our student-athletes and staff shook off the impact of Hurricane Harvey to provide countless hours of assistance during our city’s recovery, but that work is ongoing,” Rice athletic director Joe Karlgaard said. “We are proud to host this event and provide even more support to those in our community who continue to rebuild their lives.”