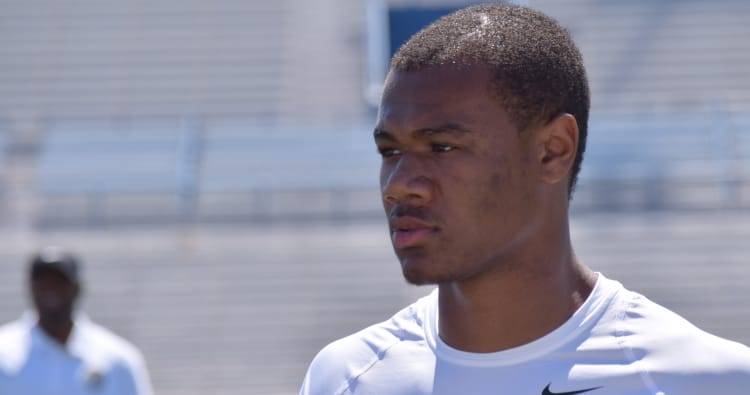 Fort Bend Ridge Point tight end Mustapha Muhammad picked Michigan over a host of elite offers, including Texas. The 4-star tight end is a Fabulous 55 member and the top-ranked tight end in Texas for the 2018 recruiting class because of his ability to block and catch passes.

The Longhorns were still hunting for Muhammad’s signature despite holding commitments from two tight ends because Tom Herman and the staff know it is a thin position group without much young talent to fill the ranks.

Herman’s program gained commitments from 4-star tight end Malcolm Epps, a Fabulous 55 member from Spring DeKaney. The 6-foot-5 prospect excels as a pass catcher and a route-runner. He’ll need to gain wait and improve as a blocker at Texas. No. 1 ranked JUCO tight end Dominick Wood-Anderson from Western Arizona College is also committed to the Longhorns.

Texas sits at 19 commitments and ranks as the second-best recruiting class in the nation, trailing only Ohio State. The next recruiting date Longhorn fans need to remember is Oct. 30, when 5-star cornerback Anthony Cook picks between Texas, Ohio State and LSU.