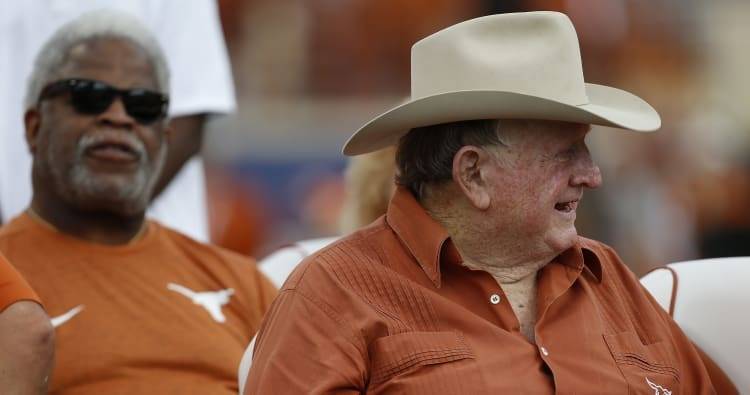 Three of the most influential men in Texas football history took the field as honorary captains before the game against Oklahoma State on Saturday.

Mega donor Red McCombs, celebrating his 90th birthday, along with Earl and Ricky are the Texas honorary captains today.

Social reaction: Texas fans flock to Royal-Memorial stadium in hopes of an upset over Oklahoma State