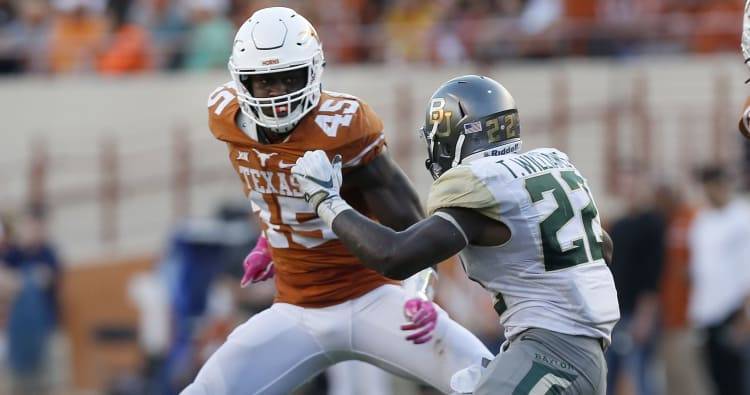 The television broadcast information for Texas at Baylor next week has been announced.

The Longhorns will play the Bears on ESPNU at 11 a.m. CT, according to the Big 12 web site. The game will be played at McLane Stadium in Waco, Texas.

Texas (3-4, 2-2 Big 12) will try to rebound after a 13-10 overtime loss to Oklahoma state this week. The game will offer the Longhorns a chance to get back to .500 on the season and move closer to bowl eligibility.

The Longhorns own a 76-26-4 advantage in the all-time series against Baylor, including two straight victories.