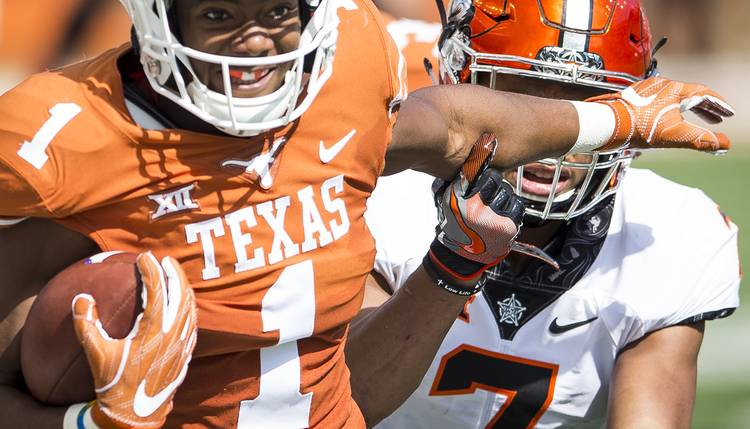 The Texas wide receiver made his first big play of the 2017 season Saturday against Oklahoma State, breaking off a 90-yard reception that set up the Longhorns’ first touchdown.

The 6-foot-3 junior, who also competes in hurdle events for the UT track team, stiff-armed a Cowboys defender before tight-roping the sideline on the second quarter reception. Watch below.

How did John Burt stay in bounds?! pic.twitter.com/MJoDgqQcLt

Did he step out? Texas quarterback Sam Ehlinger rushed his team down the field before the play could be reviewed, and scored a 2-yard touchdown to tie the score at 7-7.

ESPN reported that Burt’s catch was the longest non-touchdown reception in Longhorns history.

It’s halftime, and Texas and Oklahoma State are all tied up, 7-7