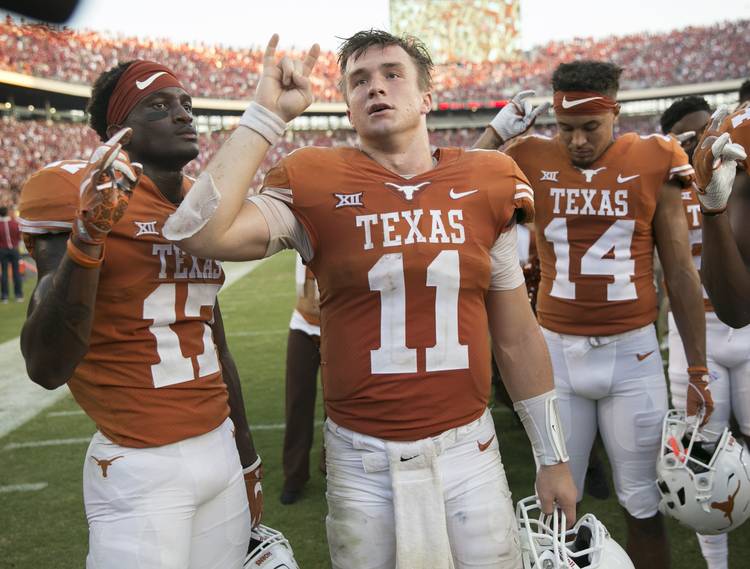 Texas will enter this week with a two-game losing streak and additional names on its injury report.

Texas announced on Sunday night that freshman quarterback Sam Ehlinger and sophomore center Zach Shackelford are being evaluated for head injuries that were sustained in a 13-10 overtime loss to Oklahoma State on Saturday. The two players were held out of Sunday’s practice.

Texas did not reveal the extent of any of the injuries or a timetable for the players’ returns.

Ehlinger, who took control of the UT offense this fall after incumbent starter Shane Buechele suffered shoulder and ankle injuries, has thrown for 1,419 yards, run for 261 yards and accounted for eight touchdowns over his five starts. Shackelford has played in six games, but he missed a 40-34 win over Kansas State this month with an ankle injury. Hemphill-Mapps leads UT with his 31 receptions.

The loss of any of the aforementioned players could deal a blow to an offense that is coming off a season-low performance in terms of points (10) and total yards (283). Texas is averaging 30.3 points per game, which ranks 54th nationally.