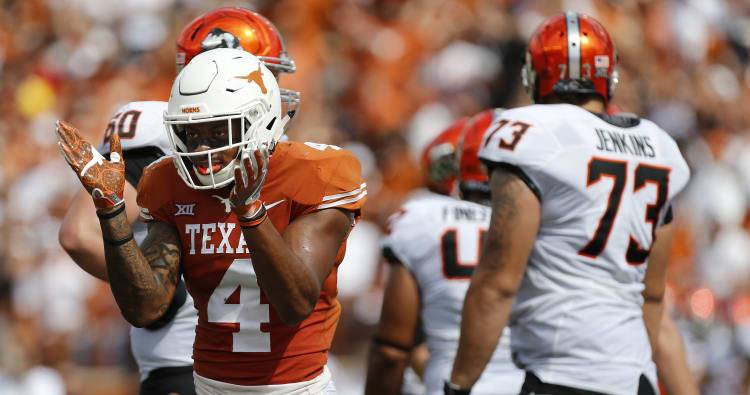 Throughout this year, DeShon Elliott has been hesitant to associate himself with Texas’ famed DBU. Soon, he may not have a choice.

A junior safety from Rockwall, Elliott has been named a semifinalist for the Thorpe Award. Since 1986, the Thorpe Award has been given to the top defensive back in the nation. It has been won in previous years by Texas’ Michael Huff (2005) and Aaron Ross (2006).

Elliott is one of 13 semifinalists for the award, and he is the only Big 12 athlete who made the cut. The three finalists for the award – former Longhorns Quentin Jammer (2001) and Earl Thomas (2009) once earned that distinction – will be revealed on Nov. 20. The winner will be announced on Dec. 7.

Elliott is one of four FBS-level players this season with five interceptions, and both he and Stanford’s Justin Reid have recorded their five picks in one fewer game than Utah State’s Jalen Davis and Boston College’s Lukas Denis. Elliott has also contributed 32 tackles, 1.5 sacks, three pass break-ups and two forced fumbles. He recovered a fumble against Oklahoma State this past weekend and returned one of his interceptions for a touchdown against USC.