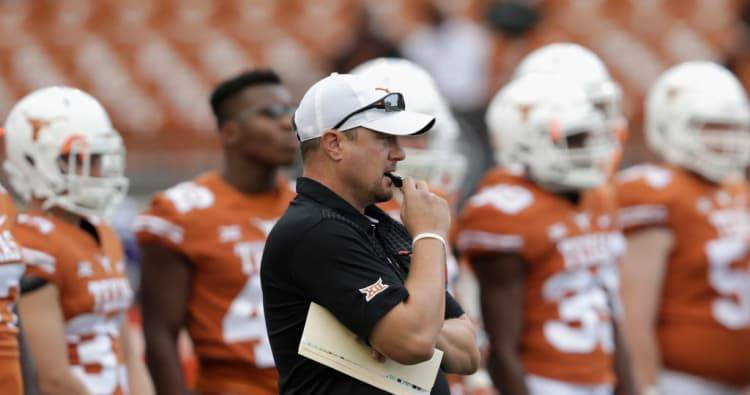 The Texas Longhorns lost a big recruit in the 2018 class with the decommitment of Dominick Wood-Anderson Monday.

Wood-Anderson is the top-ranked tight end in next year’s class, according to 247 Sports. He made the announcement via Twitter.

The tight end stands 6-foot-5 and weighs 245 pounds. He caught 12 passes for 218 yards and 2 touchdowns in 2016 for Arizona Western College. A bevy of top schools were recruiting Wood-Anderson, including Alabama, Auburn and Oregon.

Despite this loss, Texas still the second-best recruiting class in the nation in 2018. Tight end Malcolm Epps, a 4-star from Dekaney High School in Houston, is committed to the Longhorns next year.