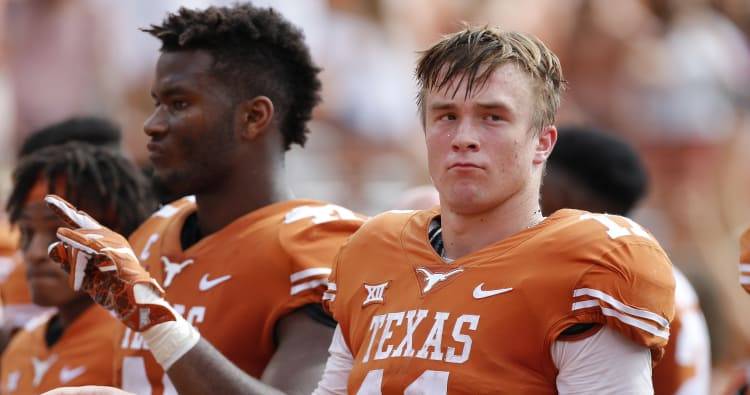 The head injury that held Texas Longhorns quarterback Sam Ehlinger out of practice on Sunday now has the freshman listed as day-to-day as a he works through concussion protocol, Texas coach Tom Herman announced during his press conference on Monday.

Tom Herman on QB Sam Ehlinger: Freshman is day-to-day and will go through the concussion protocol. Same with C Zach Shackelford.

The concussion was seemingly sustained in overtime of the Longhorns 13-10 loss to then-No. 10 Oklahoma State, in which an Ehlinger rush to begin the Texas drive saw the 6-foot-2, 230-pound freshman hit the ground hard and stay down for several seconds.

Ehlinger went on to finish the game, completing 22 of 36 passes for 241 yards and 1 interception, which came on the final play of the game. He also rushed 16 times for -10 yards and 1 touchdown.

Herman asked if he’s worried about Ehlinger’s health by running so much? “Yeah, it’s football.”

Tom Herman: With Ehlinger’s status in doubt, the close shave against OSU is in the past