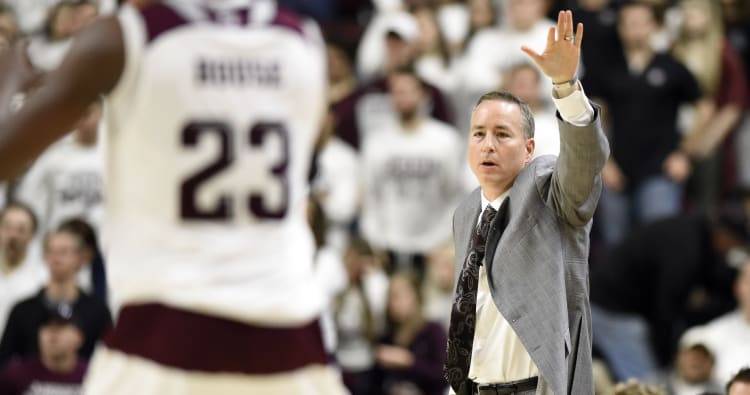 The two teams will meet Wednesday at Rice’s Tudor Fieldhouse and play an exhibition game to help raise money for Hurricane Harvey relief efforts. Courtside tickets are $1,000 but tickets in the upper deck are $20 through Ticketmaster. The arena holds about 5,200 fans.

The exhibition will not be televised. The game will be broadcast on the UT and A&M radio networks.

As for a permanent series, both coaches seem agreeable to working something out. The regular series ended in 2012 after Texas A&M left the Big 12 to join the Southeastern Conference. The Longhorns and Aggies have played only once since then, in November 2015 at a tournament in the Bahamas.

“It’s been discussed,” Smart said Tuesday at Big 12 media day. “There’s nothing that’s been decided or determined with that yet. But yeah, we’ve talked bout it. There’s a lot of moving parts. There’s a lot of details that go into it. I’m in favor of what’s best for the University of Texas.

“I do like playing neutral site games around our state so that UT folks and Longhorns fans around the state can see us that maybe aren’t able to make it to Austin,” he added.

Kennedy told reporters something similar in College Station. He made the first call to Smart to get the ball rolling on Wednesday’s exhibition, an event that logistically went all the way up through the governor’s office.

“Shaka and I have a really good relationship, and I called and he said he would be interested with the whole thought of helping the Harvey situation,” Kennedy said. “Neither one of us are ready to play a game, but we thought it would be a way to help.”

The NCAA may have accidentally stumbled into a feel-good story. The association issued waivers to multiple schools across the region to hold charity exhibition games. Kansas coach Bill Self said Sunday’s exhibition renewal of the “Border War” between KU and Missouri generated $1.85 million for Harvey relief. “That’s the last number I heard,” he said.

Teams are allowed only two preseason events, which are not publicized by NCAA rule. The so-called “secret scrimmages” aren’t so secret, though. Texas is playing SMU and LSU at undisclosed locations to get ready for the season. Teams need waivers to play a third event, like these charity exhibitions.

Kennedy said the Aggies will be excited just to play someone else. “Obviously we’re playing to win, even though it’s an exhibition game,” he said.

“Oh, it’s going to be fun. I can’t wait,” Jones said with a huge smile. “I haven’t played against them dudes since high school. I owe them an L for playing my team. That’s a Dallas rivalry. I’m taking it very personal.”

Like most Texas fans, Mo Bamba now a member of the Sam Ehlinger fan club