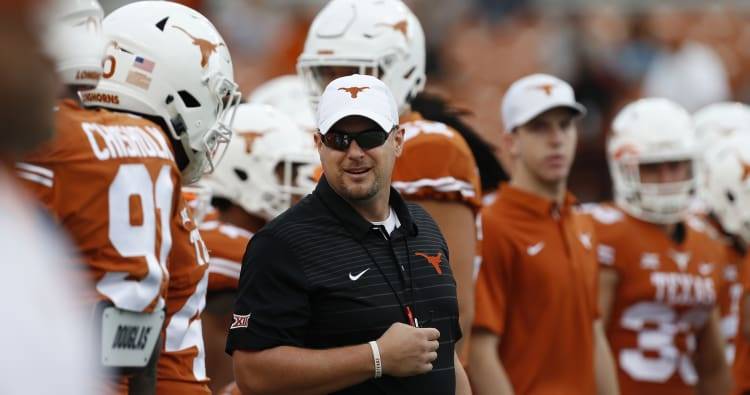 According to data acquired by USA TODAY Sports, Texas coach Tom Herman has the eighth-richest salary in college football this season. He is slated to make nearly $5.5 million in 2017.

If Herman were to be fired before Dec. 1, the school would owe him a $20.4 million buyout. That is the ninth-highest buyout in college football, just behind Michigan coach Jim Harbaugh.

The maximum bonus Herman could earn this season is $725,000.

Texas has the largest coach salary in the Big 12. Next-highest is TCU, which will pay Gary Patterson more than $5.1 million this year. Oklahoma State coach Mike Gundy will make a minimum of $4.2 million.

Elsewhere in Texas, Texas A&M coach Kevin Sumlin is locked into $5 million from the school in 2017, with a buyout north of $10.4 million if the Aggies were to let him go before Dec. 1.

Alabama coach Nick Saban is the highest-paid coach in college football, with a salary of $11.1 million and a maximum bonus of $700,000. His buyout is $26.9 million.

The post College football coach salaries are out, and Tom Herman is in top 10 appeared first on Hook ‘Em.

The Whys of Texas: Universal praise for the defense; the offense, not so much