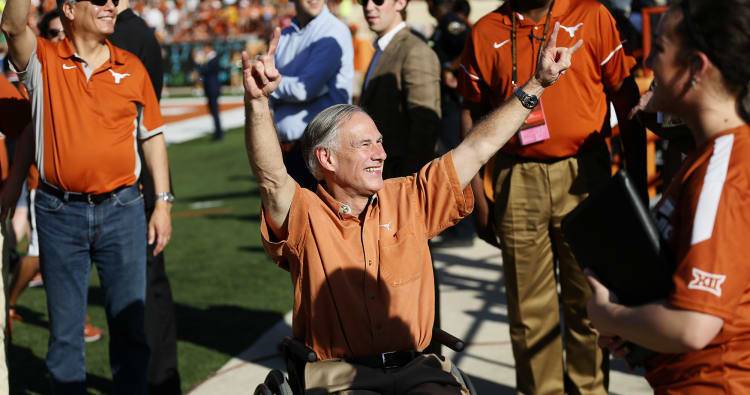 HOUSTON — Gov. Greg Abbott left no doubt Wednesday night that he loves the Houston Astros and his Texas Longhorns.

Wearing an Astros jersey prior to Wednesday’s Game 2 of the World Series, Abbott met with reporters prior to the Texas-Texas A&M exhibition basketball game at Tudor Fieldhouse.

Abbott’s staff helped both universities pair up with Rice University to host the exhibition game where all proceeds to go Harvey relief efforts.

If Abbott can pull together an exhibition basketball game, why not go for the crown jewel? Can he restart the Texas-Texas A&M football series?

“My next goal as governor is to reunite the Texas-Texas A&M rivalry,” Abbott said. “Hook ’em  Horns!”

Tickets started at $20 and went all the way up to $1,000 for a court-side seat. Wednesday’s game was not being televised. The game was available via a radio broadcast on 105.3 FM The Bat in Austin.

The post Gov. Greg Abbott: ‘My next goal as governor is to reunite the Texas-Texas A&M rivalry’ appeared first on Hook ‘Em.