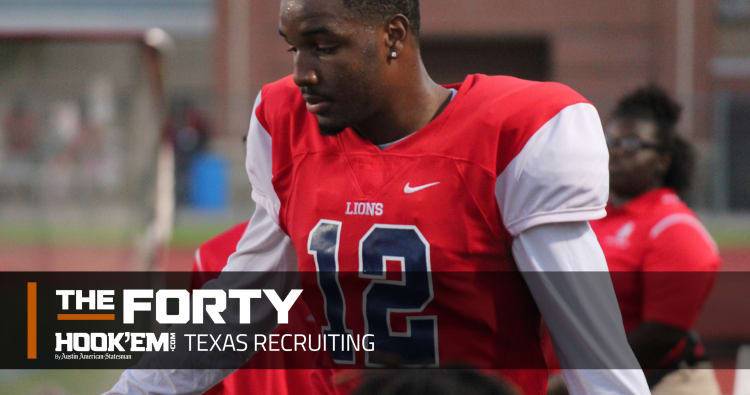 District races solidify around the state

It’s already Week 9 for Texas high school. Most teams around the state have two or three games left to secure a district championship or a spot in the playoffs. All of the in-state commits in Texas’ 2018 recruiting class are in action this week except for Jalen Green and Byron Hobbs, who are both suffering from injuries.

A guide to watching in-state commits in action:

Through eight games, Rising has 1,374 yards and 12 touchdowns to four interceptions through the air. He’s completed 56 percent of his passes. On the ground, Rising has added 431 yards and nine touchdowns.

Through eight games, Thompson has 2,451 yards and 24 touchdown passes to seven interceptions through the air. He’s added 641 yards and seven touchdowns on the ground for a 2-6 Newcastle program.

IMG Academy is off this week. Adeoye is credited with 12 tackles in five games.

The post The Week 9 guide to watching Texas commits in action appeared first on Hook ‘Em.

Holiday road: Big 12 sending Texas to play at Kansas on Thanksgiving weekend in 2018