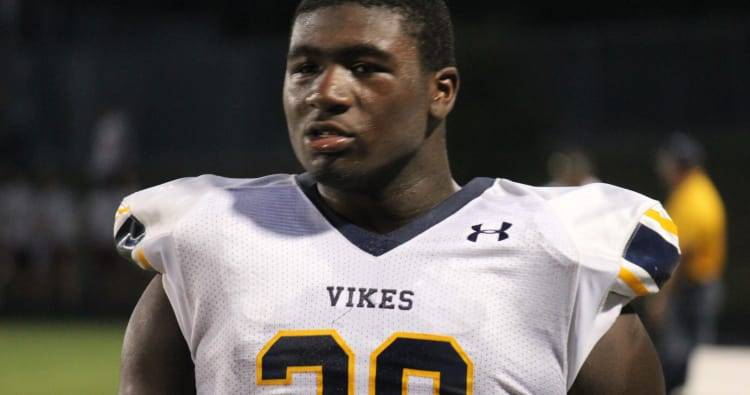 Texas A&M added its 15th commitment of the 2018 class when 4-star defensive lineman Bobby Brown of Arlington Lamar chose the Aggies over Oklahoma, Alabama, Texas and others. He is one of eight defensive tackles in the 2018 cycle to hold an offer from the Longhorns.

Brown adds bulk to a budding recruiting class in College Station. He joins 4-star defensive end, Max Wright, to form an impressive duo of big guys who can play defensive end or defensive tackle. Both players rank inside the top 20 of the Fabulous 55.

Here is our scouting report on Brown from the original Fabulous 55:

“A big 6-4 frame with strong coordination make Brown one of the state’s top defensive line prospects. His upside is tremendous because of his ability to play multiple positions. He can play strong defensive end in an odd-man front or the three-technique in a 4-3 set. But Brown’s upside is highest as a tackle.

“His frame will allow for 20 to 30 more pounds without losing his athleticism. Brown’s best football is ahead of him. He needs to learn how to use his hands and stay low in his initial steps off the line of scrimmage.”

Texas vs. Baylor: Q&A with a Bears beat writer