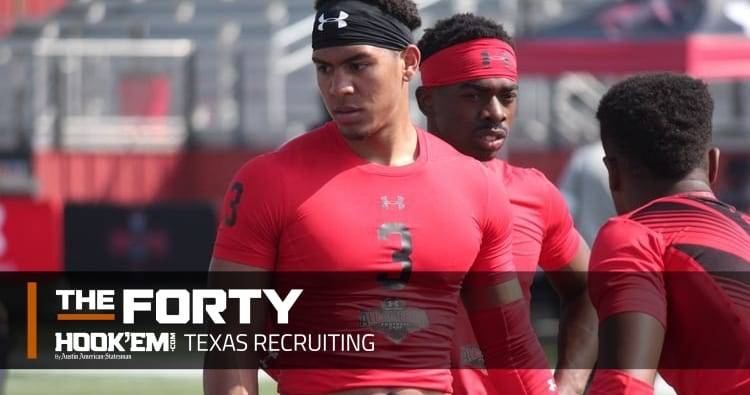 Early enrollees were always allowed to sign with schools in December, just like JUCO prospects. The 2018 class is the first to navigate the newly-allowed first national signing period, which takes place Dec. 20-22. Now, even players set to graduate in May can sign with a college before the year ends.

This new reality speeds up the process for recruits and programs. The months of December and January were typically used as times to take official visits, commit at all-star games and build buzz heading into February.

Will there still be a buzz in February? Will the new signing period end the circus or simply move it up two months on the calendar?

There are an endless amount of questions and few answers, as Max Olson from The Athletic wrote about this week. It’s a new world, and frankly the players are confused too.

One thing we do know is that early enrollees will sign in December. Texas holds commitments from five prospects set to graduate from high school this winter to take part in the offseason, spring football and get a jump-start on the 2018 season.

Foster features mostly at running back as a high school player and suffered through the injury bug as a sophomore and junior. He’s putting together a great senior season at running back and is leading Angleton towards a district championship.

The 5-star prospect will play safety at Texas and could challenge Brandon Jones for playing time as soon as next season. Foster is a dynamic athlete and a two-time alumnus of The Opening Final. He’ll participate in the Under Armour All-America Game in Orlando on Jan. 4.

Sterns indicated throughout the recruiting process that he’ll get a crack at cornerback early in his Texas career. The Longhorns need depth at the position and Sterns’ blend of size and athleticism will be welcomed at that position group. He’s also versatile enough to move back to safety if that better suits his skills.

Sterns was a one-time LSU commit and his older brother, Jordan, was an all-conference player at Oklahoma State and is currently a member of the Kansas City Chiefs.

Keeping Rising committed to Texas this cycle was one of the top priorities for Tom Herman’s staff, and following the 4-star quarterback’s recent visit to Texas, the Longhorns are in good shape heading into signing day in December. Rising is a dual-threat quarterback who believes he can push the current quarterback group for the starting spot in 2018.

Thompson doesn’t get the same press as Rising and isn’t as highly-rated among recruiting circles. He’s the more athletic of the two current quarterback commitments and that could give Thompson an advantage in Tim Beck’s offense.

Shane Buechele to start at QB against Baylor; Texas traveling Thanksgiving weekend in 2018