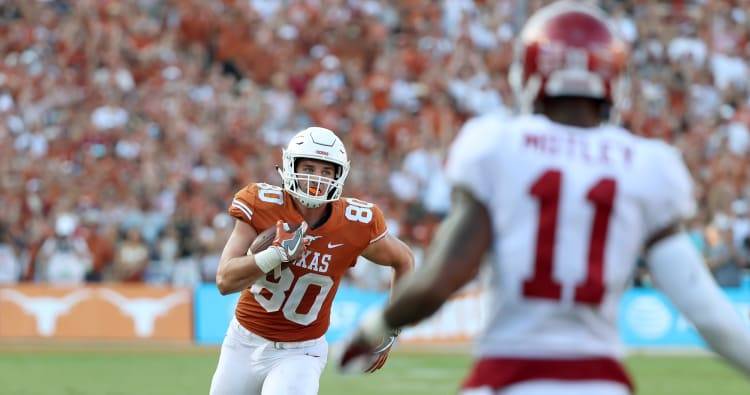 1. Which Brewer has the bigger day?

Baylor is expected to start Zach Smith at quarterback, but freshman Charlie Brewer — the hero of last week’s near-comeback against West Virginia — will be warming in the bullpen if the Bears falter. Brewer was a high school teammate of Texas freshman tight end Cade Brewer at Lake Travis High School. Cade Brewer has seen plenty of playing time and has five catches and a touchdown. The Brewers, who are not related, won a state championship last fall with the Cavaliers.

2. How will Shane Buechele look?

With Sam Ehlinger in the concussion protocol this week, Buechele will make his first start since the win at Iowa State. After making 12 starts as a freshman, Buechele has been limited in 2017 to two starts and a relief appearance against Oklahoma. He’s been slowed by shoulder and ankle injuries, but threw for 375 yards against Maryland and led the Longhorns to their biggest win of the year so far, the 17-7 conquest in Ames.

Elliott is one of 13 semifinalists for the Thorpe Award, given annually to the nation’s top defensive back. The junior safety is tied with three other players for the national lead with five interceptions and also has broken up three passes and has forced two fumbles. Baylor, led by 6-3 receiver Denzel Mims, is averaging 281.4 passing yards per game. But the Bears also have thrown nine interceptions.

4. Will Texas try any trick plays?

Last month, Texas fumbled away a reverse and Lil’Jordan Humphrey threw an incomplete pass against Maryland. A reverse handoff went awry at Iowa State. Tim Beck said other calls for trick plays haven’t materialized, but he conceded something must be done to generate more offense. Lorenzo Joe was a quarterback in high school and Jerrod Heard was UT’s quarterback in 2015, so maybe the receivers could get in a throw — assuming, of course, that Heard isn’t too preoccupied with being Buechele’s backup.