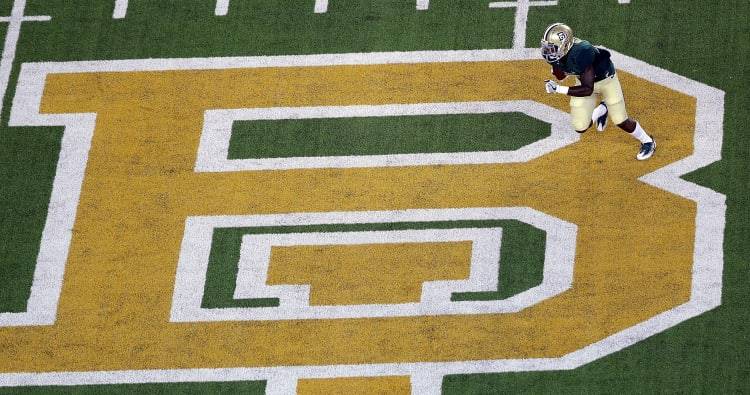 On Saturday against Baylor, the eyes of Texas will be upon …

John Lovett is Baylor’s leading rusher with 403 yards, which is tied for 18th among freshman rushers in the country. In the Big 12, only one other freshman — Oklahoma’s Trey Sermon — has more yards (487). Lovett also is averaging 5.1 yards per carry and has scored 4 touchdowns. He’s also returned 3 kickoffs and has caught 6 passes. But he’s coming off a 20-yard performance against West Virginia.

Tony Nicholson is Baylor’s second-leading receiver; 19 of his 28 catches have come against Big 12 opponents, and no Big 12 team has held him under 3 receptions. With Chris Platt out for the season with a knee injury and Pooh Stricklin slowed by a foot ailment, Nicholson may get more targets. After leading the Big 12 last year in punt returns with a 10.2-yard average, he’s returned only 5 this year.

The freshman has only 1 interception, but it’s also Baylor’s only interception — the Bears and Indiana are the only two teams on the FBS level that haven’t picked off at least two passes this season. The secondary has struggled — the Bears allow 290.6 passing yards per game — but Hand has been the unit’s standout. He’s third on the team in tackles (32) and has defended 8 passes; only Texas’ Kris Boyd (9) has more among conference players.

The post The Eyes of Texas: 3 Bears the Horns will be watching appeared first on Hook ‘Em.