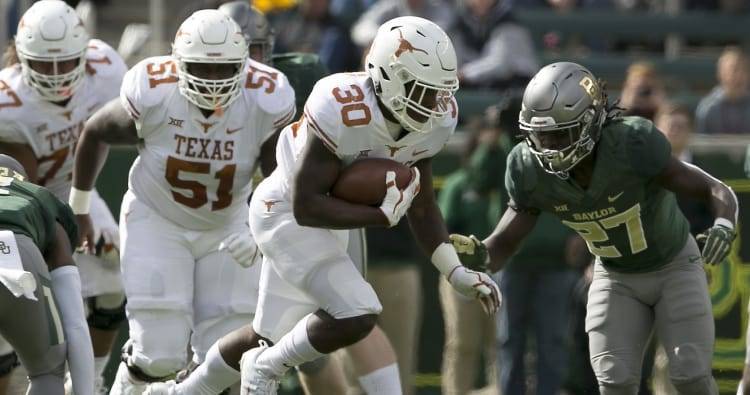 The rout is on in Waco.

Texas freshman running back Toneil Carter ripped off a 19-yard touchdown run to start the fourth quarter, extending the Longhorns’ lead to 31-7 over Baylor.

Carter, who had a career high coming into the game of 56 rushing yards, bumped his total to 70 yards with the run.

Toneil Carter, who Herman once said was easily the team’s “most twitched-up back,” now has 70 yards on 14 carries. 1 TD. Should be 2.