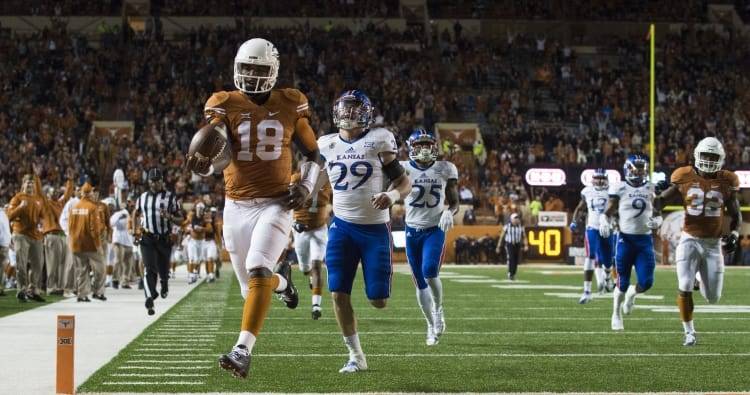 Texas will host Kansas for a late afternoon kickoff in Week 11.

The Longhorns and Jayhawks will face off at 5 p.m. CT at Darrell K Royal–Texas Memorial Stadium on Nov. 11. The game will be televised on the Longhorn Network.

Here’s how to get in on it. ⬇️ pic.twitter.com/Oqq56ao2Ke

Texas will be looking for revenge after falling to Kansas 24-21 in overtime in 2016. It was the Longhorns’ first loss to the Jayhawks since 1938.

The Longhorns will be coming off a night game at TCU in Week 10. They are currently 4-4 and have a chance at bowl eligibility for the first time since 2014.

Kansas will be coming off a home game against the winless Baylor Bears. The Jayhawks are currently 1-7 in David Beaty’s third year as head coach.