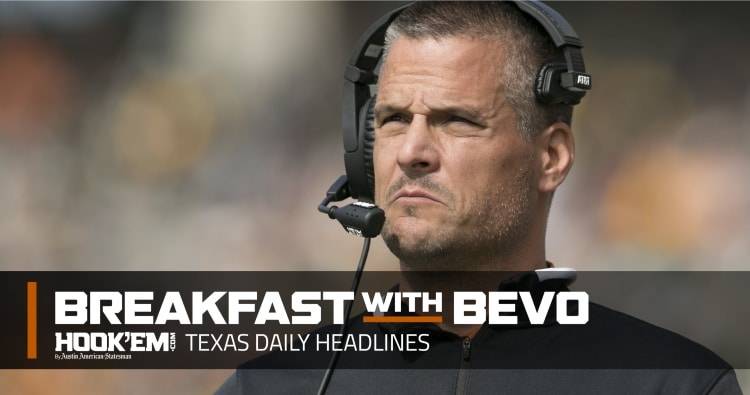 Living up to expectations

Former 5-star recruit linebacker Malik Jefferson leads the team in tackles. In his junior year, he now looks every bit like the player everyone expected him to be. Cornerback Holton Hill was in the doghouse last season. Now, he’s easily the Longhorns’ best defensive back playing at an all-conference level. With the Longhorns sporting one of the top defenses in the Big 12, Austin American-Statesman’s Brian Davis argues that Texas has a chance to win any game remaining on their schedule.

Both starting quarterback Sam Ehlinger and starting center Zach Shackelford missed Texas’ 38-7 victory over Baylor on Saturday because both were still in the school’s concussion protocol. Late Sunday, school officials released a note saying the two players were finally cleared to practice and did so on Sunday. The school also noted that defensive back P.J. Locke (ankle) and running back Toneil Carter (head) were held out of practice.

Newcomers take over the ground game

On Saturday, the Longhorns greased the skids to a 38-7 win over Baylor with an effective 171 yards on the ground in Waco. Two freshmen were responsible for 130 of those yards. Daniel Young and Toneil Carter – both from the Houston area – were very effective in the backfield versus the Bears as starter Chris Warren III had only 3 carries.

Hookem.com’s Danny Davis puts together his five key plays from the game on Saturday that were an integral part to the Longhorns’ win.

Third and Longhorns: Inside Texas 38, Baylor 7