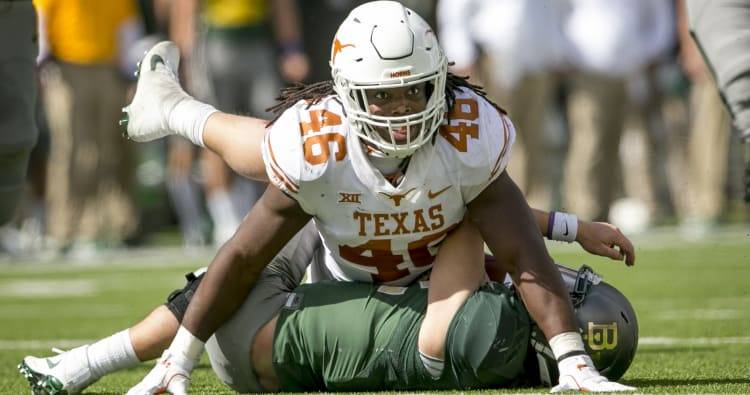 Enjoying the best season of his collegiate career, Texas linebacker Malik Jefferson was named a Butkus Award semifinalist on Monday.

Jefferson was one of 15 players named by the Butkus Foundation under consideration. The award is presented annually to the best linebacker in college football.

Jefferson has 76 tackles and 8.5 tackles for loss, both team highs. He also has four sacks, which also leads the Longhorns.

Jefferson leads the fourth-best defensive unit in the Big 12. Texas (4-4, 3-2 Big 12) is allowing 370.8 yards per game this season, which is a major improvement from previous years.

The Mesquite Poteet product isn’t the only Longhorn on national award watch. Safety DeShon Elliott was named a Jim Thorpe Award semifinalist last week. He leads the nation with six interceptions. The Thorpe Award is presented annually to the best defensive back.

Here’s a look at the Butkus Award semifinalists: