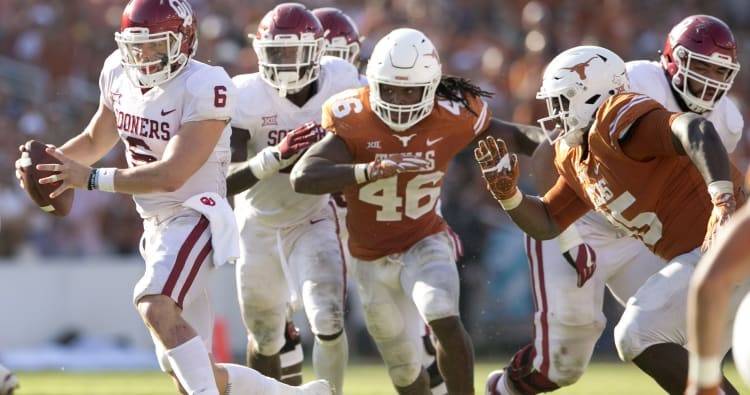 Texas snapped a two-game losing streak and moved back to .500 with last week’s 38-7 win at Baylor. Those Longhorns, though, won’t have much time to celebrate since a road-trip to No. 10 TCU awaits this weekend. Texas has been dogged by close losses to highly-ranked teams throughout the season, but a victory over the Horned Frogs could give UT its first signature win of the season.

What should the Longhorns expect in this weekend’s showdown at TCU, which is attempting to bounce back from last week’s surprising loss to Iowa State? Hookem.com’s Brian Davis and Danny Davis have some analysis to provide in this week’s Halloween-themed edition of the Zaxby’s Sound Off.

The post Sound Off: Who deserves credit for Texas’ defensive turnaround? appeared first on Hook ‘Em.

Whys of Texas: Will Connor Williams come back? His heart, mind may say different things