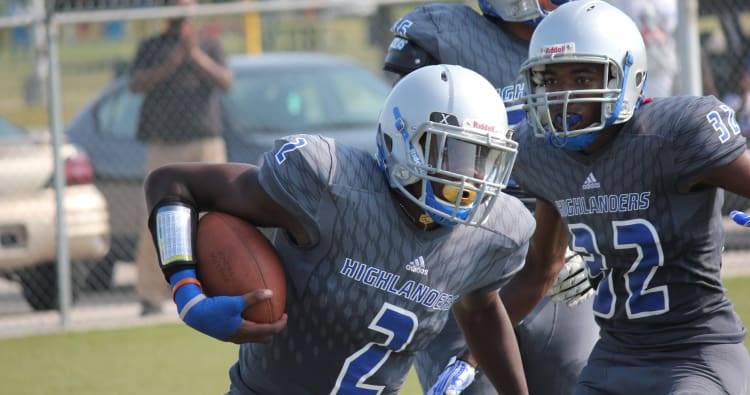 It’s already Week 10, which means there are only two more regular season weeks remaining for high school football programs around the state before the playoffs begin. Most of Texas’ commits are fighting for playoff seedings this week.

Fort Worth Eastern Hills at Grapevine

Through nine games, Rising has 1,374 yards and 12 touchdowns to just four interceptions. He’s completed 56 percent of his passes. On the ground, he’s has added 431 yards and nine touchdowns. His team closes out the season against Thousand Oaks on Friday.

Trinity (6-0) faces Seneca on Friday and hopes to remain undefeated.

Through nine games, Thompson has 3,034 yards and 33 touchdown passes to 9 interceptions through the air. He’s added 656 yards and 7 touchdowns on the ground for a 2-7 Newcastle program. Newcastle closes the season at home against Cache (Okla.) on Friday.

IMG Academy continues its nation-wide football schedule with a visit to Alabama on Friday night to face state-power Hoover. Adeoye is credited with 12 tackles in five games.

The post The Week 10 guide to watching Texas commits in action appeared first on Hook ‘Em.